While a barbell and some weights are all you really need to get in a good workout at home, there are other elements that can also be good for a home gym setup or to supplement your weight lifting. One great addition to your arsenal that is not only useful but is both inexpensive and extremely portable is the exercise band.

The exercise band can be purchased in a bunch of different resistances so is usable by people just getting into exercising as well as bodybuilders who have been at it for years.

One great resistance band exercise that I enjoy is a squat to shoulder press.  Stand on the exercise band with your feet about a shoulder’s width apart, straddling the center of the band.  Hold each handle in the respective hand.  Go down into a deep squat and then stand, imediately going into a shoulder press with the band.  That’s a single rep.  Do several sets of 10 to 20 of these as part of a circuit of either weight lifting or body weight exercises.

Posted in exercise | No Comments »

Fit Blog Poll - Do You Squat?

Squatting is one of the best leg exercises you can do. Problem is that not many people do them regularly. Do you?

This is great stuff.  Mark Rippetoe, the author of several well known strength building books, is also a sort of beer connoisseur.  A custom brew was made for a post-crossfit lifting seminar he led…  Read on here.

Posted in crossfit | No Comments »

There’s no questioning Bruce Lee’s fitness level. Check out this vid of him doing some training and strutting his stuff. Two finger one armed pushups?!? 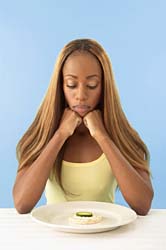 There is a large body of evidence that having a severely caloric restricted diet can result in a longer life span while maintaining a youthful appearance.

Now new research from the University of Buffalo has found that this sort of diet can also help maintain physical fitness into advanced age, slowing the progression of physical disability.

Posted in diet | No Comments »

Obesity may have been a status symbol at one point in our tiny history.  Having an abundance of midsection was correlated to having wealth and the riches to afford lavishness in the 17th century.  If that were still the case, you’d expect every other person to be in the money these days.  Or at least 40 percent of men and 30 percent of women.

A new global study revealed that 4 in 10 men and 3 in 10 women are overweight, while 24 percent of men and 27 percent of women are obese, researchers reported in Circulation: Journal of the American Heart Association.

The study consisted of looking at over 160,000 people ranging in age from 18 to 80 over 63 countries across five continents.  The results of the study provide a sneak peak at body fat worldwide.  And by sneak peak, I mean showing something that is becoming common knowledge - that obesity is pandemic.  With “one half to two thirds” of the study population being overweight or obese, that is practically an understatement.

Rather than look at BMI (body mass index - a height to weight ratio), the study looked at waist circumference.  According to the lead author of the study, waist circumference is not only easier to measure in a clinical setting, it is also a better indicator of heart disease and diabetes risk.

So what has happened to make our World  so obese?  If it is such a health issue and not uncommon sense, then why is it becoming more and more of a problem?  It’s great that we know all the facts but what about a solution?

Posted in diet | No Comments » Sometimes you feel hungry when you don’t really need to eat. Typically in these moments are in between meals and usually less healthy choices are made - we reach for the bag of chips or chocolate bars - yes, the joys of snack time.

But what if there was a simple way to control those cravings. A recent study from Glasgow Caledonian University in Scotland found that chewing gum before snacking could help reduce hunger and promote a sense of fullness. The study showed that the average caloric intake from snacking was reduced by 25 calories among dieters and over 35 calories among non-dieters. Although seemingly insignificant, over the long term these calories add up. The study participants also reported that gum chewing helped improve mood and contentment.

So grab a stick of juicy fruit (sugar free) the taste is gonna move you (less towards the fridge door). I know… terrible joke attempt.

Posted in diet, nutrition | No Comments »

The Parkour of District B13

Here’s a clip of the opening parkour sequence in District B13. The movie is French and stars David Belle (one of the creators of Parkour). As the sequence shows, David has some serious skills. The whole movie is really one stunt sequence after another, full of all sorts of great free running movements.

Posted in parkour | No Comments »

A great way to do double duty at the gym is to combine a couple of otherwise very different exercises into a single movement. Hanging leg raise to pull-up would be one example of a single gut-busting, lat-straining exercise.

Another really super great combo is the squat to shoulder press movement, otherwise known as a thruster (in crossfit lingo anyway - a key element to the “Fran” benchmark).

The thruster is, as I described, a single movement between squat and press. The exercise can really be done with any sort of weight - kettle bells, barbells, dumbbells, medicine ball - anything you can do a squat and shoulder press with.

Start with the weight positioned at shoulder level as though you are about to do a shoulder press. Instead, go down into a squat, back up and then do the shoulder press. Go immediately back to start - that’s a rep.

Try doing three sets of 8 at an empty bar, 45lbs or 65lbs to start. You may find that you can easily go up to 95 or higher (depending more or less on your shoulder press), but before you do that, attempt to increase the intensity. Whipping off 8 reps of this exercise without pausing between reps will make your heart pound and get your sweat on like you’ve just run a record mile.

P.S. Just don’t overdo it. Exercises like the thruster can really give your body a run for its money.

Posted in crossfit, exercise | No Comments »

In the world of sports, few things are as exciting as watching a World record get broken in the track and field events. In preparation for the 2008 Summer Olympics next August, I’ve compiled a bunch of record breaking youtube video clips below.

Unfortunately, not all of the records are on youtube so they weren’t included. Nevertheless, these are all amazing feats of elite specialized athleticism and are very enjoyable.

Posted in inspiration, track and field | No Comments »

The Health Lift - AKA Deadlift

The November issue of Mens’ Health just arrived. They have an interesting article called the “5 - Second Strength Booster”. Interesting not because it’s another article about how good the deadlift is but interesting because of the tidbit of information they revealed.

The deadlift was, at some point way back when, called the health lift. Now we typically use barbells or dumbbells, while then the lift simply called for heavy objects. Lift them up, then let them down… done. 5 seconds flat. It was the staple lift - believed to give all the physical exercise that a person needed.

And truthfully, the deadlift (or health lift) is an exercise that, if you could only manage a single exercise for one rep, should be the one. There is no other exercise that engages as many muscles from top to bottom as the deadlift. The bonus is that this great lift requires so little as far as equipment goes. A barbell, dumbbells, a rock, a sandbag, your 27 inch CRT television, the neighbor’s dog - whatever.

Of course, like most exercises - technique is key. Many people actually avoid the deadlift because of the rumor that it could seriously hurt your back. Done incorrectly, this is true. Done correctly, however, the deadlift not only won’t hurt your back, but will provide you with extra insurance against back problems by strengthening it and the surrounding muscles.

Once again, I have to reference crossfit and their great library of workout demonstrations. The below video gives a great introduction to how the deadlift should be performed. Keep an eye on how the bar literally scales up the legs and thighs. A sign of a good deadlift is some barbell burn on the shins

Posted in crossfit, deadlift | No Comments »

YAOSV (yet another overhead squat video)

Despite my shins still suffering from last Sunday’s race, I did some overhead squats tonight. I did the usual 135lbs for a whole whack of reps.

I did a quick “overhead squat” search on Google and found this vid. The guy starts off light (relatively anyway, at 135#), then after a few missed attempts at 225#, he scales back and nails a 205 pounder.

But check out his form. It’s good stuff. He nails his balance and is able to go down past the parallel to floor position.

Overhead squats are great, but difficult. Test it out sometime if you’ve never done them before. Use an empty bar or even a broomstick before you add the weight. Even then, go light. This is one exercise where form is key.

Posted in overhead squat | No Comments »

DOMS stands for Delayed Onset Muscle Soreness. It’s the muscle pain you feel after an exercise, which generally gets worse as the next day or so progress. Within several days, the pain will usually subside. But what, exactly, is the cause of the pain?

A buildup of lactic acid will cause burning sensations around heavily worked muscles, but lactic acid disperses fairly quickly and so cannot be accounted for a delayed soreness. Instead, it is thought that the cause of DOMS is muscle damage caused by eccentric or lengthening muscle contractions, specifically during new training programs or exercises which you are unaccustomed to. It’s why you may never hurt much after the gym but after a few games of beach volleyball, you can barely walk for days afterwards.

The reason why the pain gets worse as time progresses, although still debated, is likely due to inflammation and the muscle tissue repair process that starts occurring after the damage.

Posted in pain | No Comments »

Taking the Soreness out of Muscle and Joint Sorenesss

Yesterday I did the Oktoberfest 5k race in Waterloo.  It was lots of fun and I posted a new personal best for the 5k.  This personal best turned into an inability to walk without wincing in pain for the next 30+ hours.

So what do you do when you’re feeling sore from working out?  How do you numb the pain?  Unfortunate, short of some serious pain killers, there’s probably no 100% effective method, but fortunately we do have two key items widely available for at least a little bit of relief.

When your muscles are sore, there is likely some swelling going on.  Putting some ice on the affected areas will help decrease the swelling and bring down the pain slightly.  Advil (or Ibuprofen), while great at relieving pain, will also help with the swelling (unlike some other pain medication).

So when the 5k race has got you down a bit, reach in the freezer and then reach in the medicine cabinet.  Taking these steps will not only relieve you of a bit of pain, this will also lead to faster recovery.

Posted in pain | No Comments »